Delegate Shares the Love with the American Foundation for Suicide Prevention

e claims more lives than war, murder, and natural disasters combined, and yet suicide prevention doesn't get anywhere near the funding given to other leading causes of death. Having nearly lost my sister back in 2010, I strongly support the benefits that the American Foundation for Suicide Prevention provides.

Not only does the AFSP fund research, create educational programs, and advocate for public policy, they have created a tremendous support system for those touched by depression and suicide. The American Foundation for Suicide Prevention is dedicated to saving lives, and together we can change the conversation about mental health and put a stop to this tragic loss of life.” - Erin C. 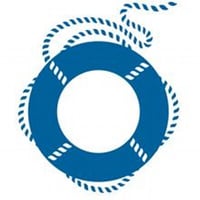 The American Foundation for Suicide Prevention is a voluntary health organization that gives those affected by suicide a nationwide community empowered by research, education and advocacy to take action against this leading cause of death. AFSP creates a culture that’s smart about mental health by engaging in the following core strategies: