Delegate Shares the Love With the Pat Tillman Foundation 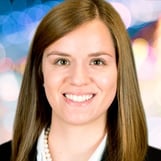 "The Pat Tillman Foundation is especially important to me as a military spouse and Arizona State University graduate. I grew up admiring Pat Tillman and his selflessness. While I attended Arizona State, it was obvious how many other people looked up to Tillman and wanted to keep his legacy alive. I believe it is very important to take care of those who put their lives on the line for our freedom, and this charity is my favorite because it is a small token of appreciation that can go a long way."- Kaylee 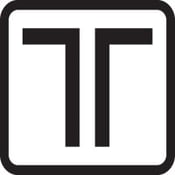 Pat Tillman played football for Arizona State University and then joined the NFL to play for the Arizona Cardinals. After the attacks on September 11, 2001, Tillman left his successful career in the NFL to join the military and fight for his country. This decision was just one of many he made over the course of his lifetime to help others and serve a cause greater than his own self-interest. He served with the U.S. Army's 75th Ranger Regiment, and was KIA in Afghanistan in 2004. Following Pat's death, his family and friends established the Pat Tillman Foundation.

The Pat Tillman Foundation is a national leader in providing resources and educational scholarship support to veterans, active service members and their spouses. It invests in military veterans and their spouses through academic scholarships; building a diverse community of leaders committed to service to others. The Tillman Military Scholars program aids all veterans, specifically the ever-growing population of veterans of Post-9/11 conflicts.

Would you like to donate to the Pat Tillman Foundation?
Donate Now